What I want in a man – A wishlist

A friend said to me this week: “You need to be more realistic in what you want from a man / relationship.” Which we all know is simply code for: Quit being so fussy and you’ll land yourself a man.

However, at the risk of sounding trashy, I can ‘land’ a man easily enough. But I would prefer to ‘land’ the right man  .. whatever that means.. 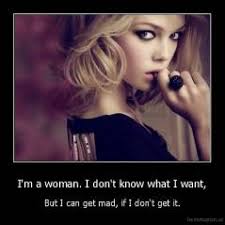 And in those last 3 words lies the reason why my relationships fail: Unclear requirements.

Think about it – how can HE possibly meet my expectations, if I am unclear what they are? How can he know what I may or may not want (like, need etc) if I don’t?

In the past I’ve had a stab at making a list of what my “must have” things are. And to be honest: I’ve struggled .. maybe because my list is long and .. unusual ..

I want a man who has nice eyes and a nice smile. How shallow am I .. 😉 But ya know what? Gazing into the eyes of someone I’m keen on is something I am kinda into and nice eyes makes that even more fun! And when a man gives you that smile, the one that tells you he is into you.. mm mm (cue: dreamy musack here) .. Can’t be beat..

So anyway, I’ve given this topic of “what I want’ a bit more thought, because I dislike failing too-oo many times and so, without any further ado – here is a list of things that I’ve learned over time do matter to me .. albeit in no particular order:

I like a man who is strong. Both mentally and physically. As well, he has to have a sense of humour. But I don’t want a joker.There IS a difference! Ideally, I’d like a man who is a thinker. But not someone who stews.. very unsexy.

I definitely need someone who can communicate .. effectively.

I want a man with no debt. Sure, maybe that’s an odd one but it’s MY list, go away and make your own if you don’t like it. Oh and by no debt, I don’t mean mortgages, I have those too – I mean debt from money-mismanagement. I am not gonna fund someone out of their mess, I’m afraid.. Done it once, got crapped on – never again.. (see I do learn!) 😉

I want a man who has a career. I know this is perhaps an odd one too. But it’s my experience that men who are driven in their career, tend to be successful at many things in their lives. It also means they’re less likely to one day become freaked out by me having one.. cos mine is important to me.

I want a man who is a good lover. I cannot tell you how .. bad it is to be with a rubbish lover. At this point it seems only right to point you all toward these words of wisdom posted on a blog that I enjoy reading..

Then we get into the more .. frivolous .. wants:

I want a man who can drive well. And well doesn’t mean at high speed. Driving well and being a good lover, I wonder if there is a correlation? Hmm.. could be ..I want a man who isn’t scared of cats. He can be terrified of kids (after all, I am!) but cats – c’mon, they’re pussies..

I do rather like my man to smell good..

He won’t smoke. But he can be smokin’! He won’t wear sandals and sox. Together, anyway. He won’t be religious. But spiritual or just plain decent works for me. He won’t be a-political. I can’t stand apathy. Have the balls to believe in something, please!

He won’t have long hair but he can be bald. He won’t be afraid to put the seat down and he’ll appreciate the fact I could care less which way the roll goes on the holder.

He won’t have facial hair, after all – I don’t.

He won’t drink wheat grass shots. I have tequila, way more fun. He won’t know what “Magic the gathering” is. But he’ll love playing poker. He won’t be a virgo. OK I admit, I just felt like throwing that in, I don’t think I care what sign he is actually 😉

He won’t be put out by my suggesting a trip to another country with +/- 3 days to prepare. It happens with my work, and to the right man – could be fun! And if he can’t make it, he won’t fret at me going.

He won’t be seeing a therapist. He can work his own shit out. He won’t be scared of spiders.. only room for one wimp in the house!

And lucky last, he wont:

.. Mind me having a list of what I want cos he’ll probably have one of his own.

And maybe that last one is quite critical, for all I started to josh around near the end of the post. It comes down to the fact my man won’t mind me having a few quirky requirements and may indeed even have his own..

At the very least, he’ll have thought a bit about what he wants and what he brings to the table.. And wouldn’t be afraid to discuss it with me. That would work 🙂